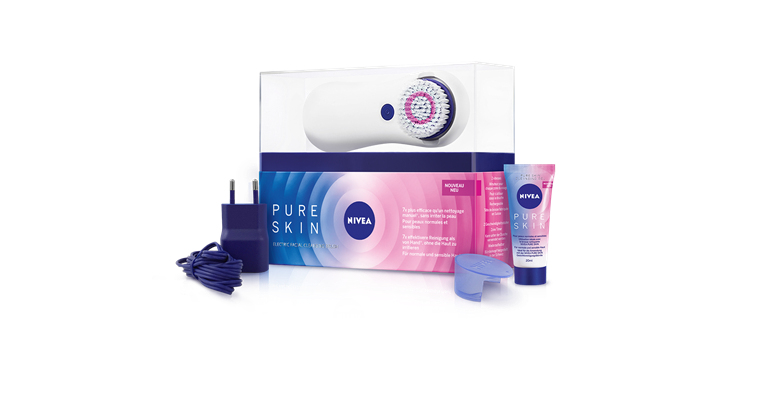 This is a first and big move for Nivea, with the launch of the Nivea Pure Skin Electrical Cleansing Brush. Nivea introduces on the mass market in Europe an electrical rotating brush, to combine with a dedicated cleanser arriving simultaneously on the market (Nivea Pure Skin Cleansing Gel for Normal and Sensitive Skin).

The device is very similar to other devices already launched on the market, like the Clarisonic or Clinique ones :

Nivea claims that using this device, you will only need 70 sec to cleanse your skin 7 x better than with a manual cleansing.

The device is sold as a kit containing : 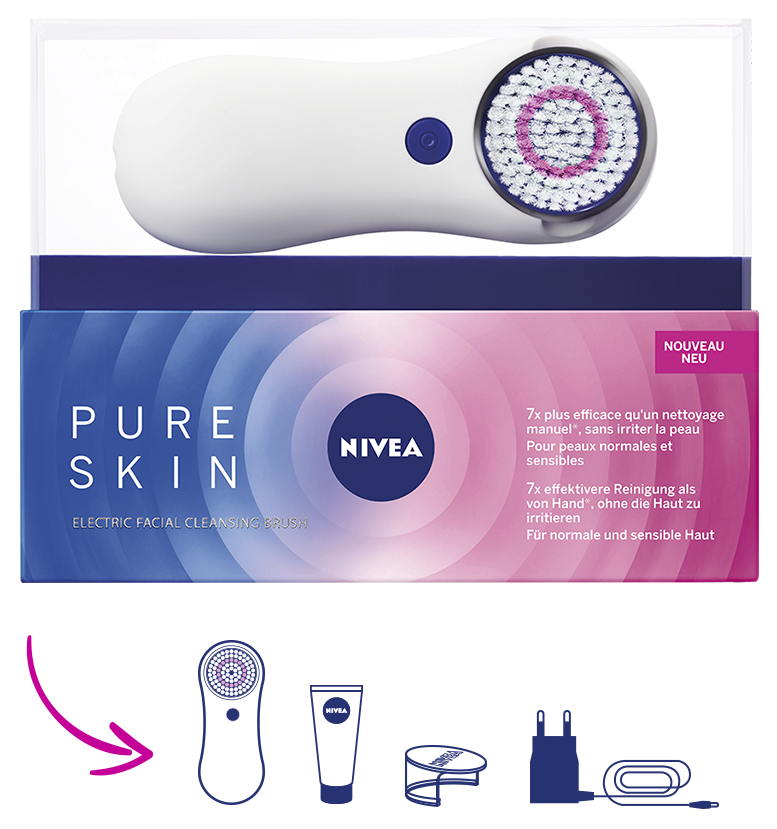 The Cleansing Gel and new brushes can be bought separately in store.

This structure of cleansing gel is quite unusual, as not built on Sodium Laureth Sulfate but Sodium Myreth Sulfate, and containing several thickeners. Despite the trend on the market, this formula is not “free of” parabens.