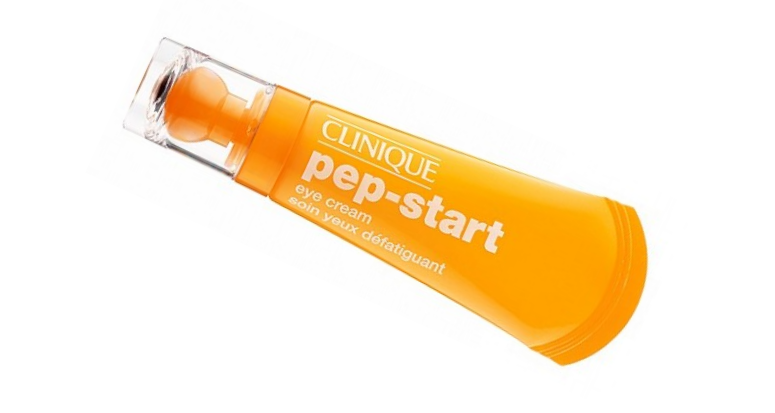 Clinique built a nice product, with a fresh texture, consistant blend of active ingredients and not overpromising claims (instant brightening and moisture) for an eye cream. Clinique is clearly within the trend of the “small funny cosmetic products for your purse” initiated by EOS. The young women target will certainly like this small funny packaging with its flashy color.

This product is sold as an instant brightening and hydrating eye cream, making you look “refresh and awake in 3 seconds”.

Based on the composition of the formula, the hydrating properties are clearly supported with the amount of humectants it contains. As claimed, the formula is a blend of peptides (Matrixyl 3000, Biopeptide EL, Progeline, Argireline), all of them claimed to have anti-ageing properties, plus other active ingredients including caffeine (very classic in eye cream for its supposed effect on microcirculation), anti-oxidants, skin brightenets. There is thus a rational between the claim “brightening” and these actives, as they are consistant with the benefits of the product.

The texture by itself participate to the effectiveness of the product : an emulsified gel provide more freshness than a true emulsion.

The real novelty of the product are its packaging : a tube with an round-shaped applicator, and its color : flashy orange. Clinique did not fall into the well-known roll-on applicator with a steel ball. The applicator is part of the pack, and can be used to massage the area around the eye to apply the product. However, it provides less instant freshness than a steel ball. The flashy orange color is breaking the design codes of the Clinique skincare range : we are used to see pale green packs with grey / white / pale color jars / pumps. It is a first step toward a new design of the Clinique range ? 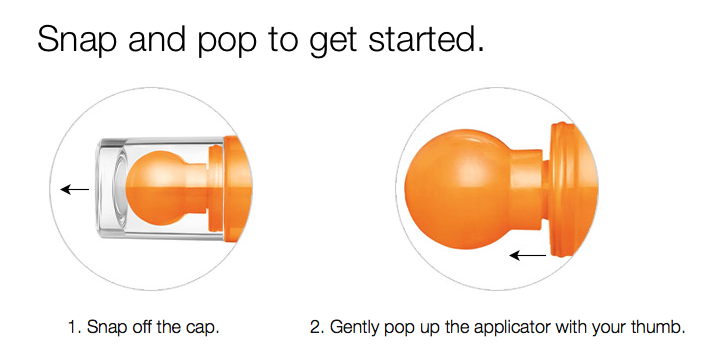 The oil phase is made of (in the order of the INCI list) : Shea Butter (Butyrospermum Parkii (Shea Butter)), Squalane, Cetyl Esters, Dimethicone (a linear silicone oil), Polybutene (like Vantage’s Indopol) and Simethicone (a blend of Dimethicone and Silica).

The formula also contains a polyethylene powder (Polyethylene) to provide an improved skin feel to the formula.

The formula is protected against microbiological development by Phenoxyethanol and Caprylyl Glycol, helped by all the hygroscopic ingredients used as humectants in this formula.