Origins adds in October 2011 an eye treatment to its Plantscription range.

After the launch in February of the Plantscription Serum, Origins extends its anti-aging range with an eye treatment. 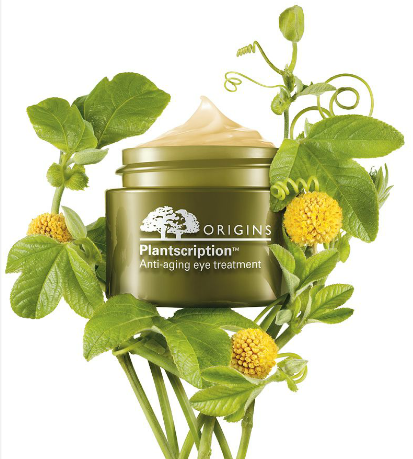 The formula is built around the same star ingredient as the serum, Anogeissus Tree Bark, and Kombucha.

Kombucha is originally a tea-based beverage obtained by fermenting tea with yeast and bacteria. Origins formula contains Kombucha made from Black Tea. Sederma sells a ingredient based on Kombucha under the tradename Kombuchka, and could be Origins’ supplier. Sederma’s Kombuchka is claimed to :

This new formula is claimed to “visibly repairs in 4 weeks four visible signs of eye aging including :

Origins has also tested its formula over 8 weeks. The usual duration of efficacy tests is 4 weeks among cosmetic manufacturer. However, even if more expensive, 8-week tests allow to reach better results and claims. Moreover, we are dealing here with consumer test results, where it is only asked to consumer if they saw something. These are not results given by experts like dermatologists for example. However, Plantscription Eye formula results seem quite good :