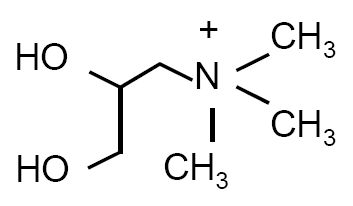 This raw material is a captive molecule of Unilever, trademarked as “Glycerol Quat™”. According to this website, it seems that it has been developed with Dow Chemical.

According to this poster available in the press file of the launch of Vaseline Sheer Infusion, to design this molecule, Unilever has based its work on the link established between the humectancy of a molecule, and the balance between its hygroscopic (water-linking-capacity) and its (lipid solubility) properties. This link has led Unilever to develop Glycerol Quat™ – Dihydroxypropyltrimonium Chloride, a less lipophilic, more hygroscopic molecule than glycerol. The objective is to compensate the poor moisturizing efficiency of glycerol at outermost layers of skin surface.

Several tests conducted by Unilever demonstrate the interest of this new molecule :

Unilever has applied for several patents to protect its new moisturizing agent :

And communications has been made to valorize the science between Glycerol Quat :