A new skincare launch is announced by Estée Lauder for next February 2012.

The new Estee Lauder Revitalizing Supreme Global Anti-Aging Creme has been designed specifically for western / European women, following a study conducted by Estée Lauder teams. With this new product, Estée Lauder targets the largest segment of consumers, since anti-aging is the main skincare market in Europe and North-America. 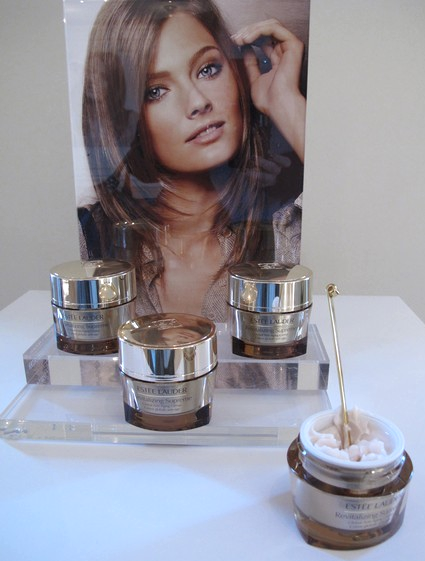 The product is claimed to take the place of almost of the usual products used by western women for moisturizing, glow, nutrition and anti-wrinkles. The concept is built around the Nrf2 protein, claimed to activate the cell defense system when stressed. Estee Lauder states that this protein system becomes less efficient along time, and that the new Revializing Supreme Global Anti-Aging Creme would reactivate it. The technology used by Lauder is named “IntuiGen“, protected with 10 patents. The “IntuiGen Technology” trademark has be registred by Lauder in past July 2011.

Nrf2 is a trendy target, already discussed in food with the capacity of some vegetable to help in its regulation, more precisely Broccoli. And in skincare, Nrf2 is already in some concepts of product, like in Biotherm Skin-Ergetic.