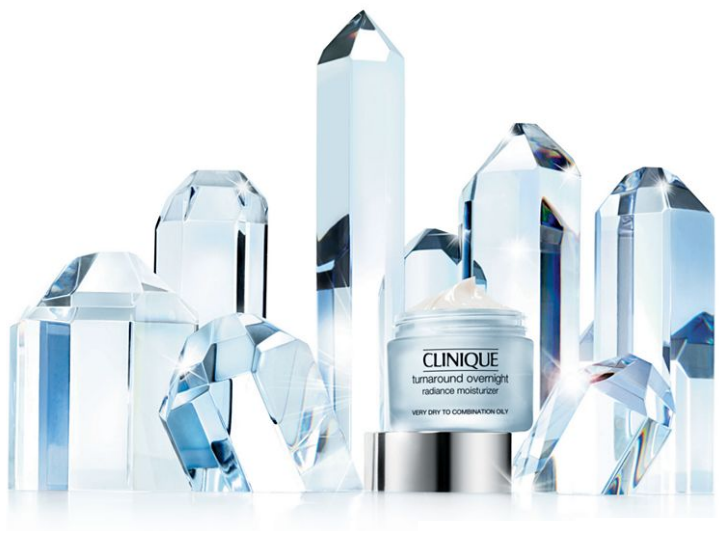 Already available online, the formula should be launched it launched in stores this August 2011.

To accomplish this, the formula is claimed to contain the following active ingredients :

– Salicylic Acid in Salisome Time Release Delivery System as an exfoliating agent. Salisomes are a trademarked technology developed and patented by Hayward et al. from Collaborative Laboratories, consisting of liposomes containing salicylic acid. The patent protects more precisely “a cosmetic dispersion that allows for the incorporation of large amounts of salicylic acid within the hydrophobic compartment of the liposomal bilayer, without the necessity of pre-neutralization or salt formation of the corresponding salicylate, while simultaneously permitting the pH of the external aqueous compartment to be adjusted with soluble organic bases.” M. Hayward worked for the Estée Lauder Companies, where he served as Director of Research Worldwide prior to found The Collaborative Group in 1990, mother company of Collaborative Laboratories.

– Chestnut Seed Extract : very probably corresponding to Recoverine from Silab. Silab own a patent on this chestnut extract, claiming that this extract “normalizes the equilibrium between cohesion and desquamation, and the epidermal differenciation, while restoring the mechanisms of epidermal lipid synthesis”. Estée Lauder, mother company of Clinique, also owns a patent that protects the new Turnaround formula. This patent itself protects “an exfoliation composition comprising: a protease activator comprising at least one chestnut extract; at least one exfoliator; and a cosmetically acceptable vehicle“, that is for the Clinique Turnaround formula the association of chestnut extract and salisomes.

– RNA Fragments are claimed encourage the natural, nighttime cellular turnover process. RNA – ribonucleic acid – is one of the three macromolecules (with DNA and Protein) essential for all known form of life. RNA is classified by the European Commission for Health and Consumers as “skin conditioning”.

– Micrococcus Lysate claimed support nighttime repair, this active ingredient has already been seen in Clinique Laser Focus Serum. It corresponding to AGI Dermatics Ultrasomes. According to this patent, Ultrasomes comprise a mixture of Micrococcus lysate (an end product of the controlled lysis of various species of micrococcus), lecithin, and water. Ultrasomes are claimed to contain DNA repair enzymes. According to the German press release of Clinique Laser Focus Serum, they would “stimulate the skin’s natural repair process that takes place most effectively at night and reduce UVB induced damage”. Before being bought by Lauder, AGI Dermatics also issued a patent on this technology. Ultrasomes are supplied by Barnet.

– Hydroxyethyl Urea is a moisturizing molecule. It is supplied by Akzo Nobel under the tradename Hydrovance. According to the supplier (here and there), Hydrovance delivers moisturization efficacy comparable to glycerin,while offering non-tacky, non-greasy aesthetic in skin care products.